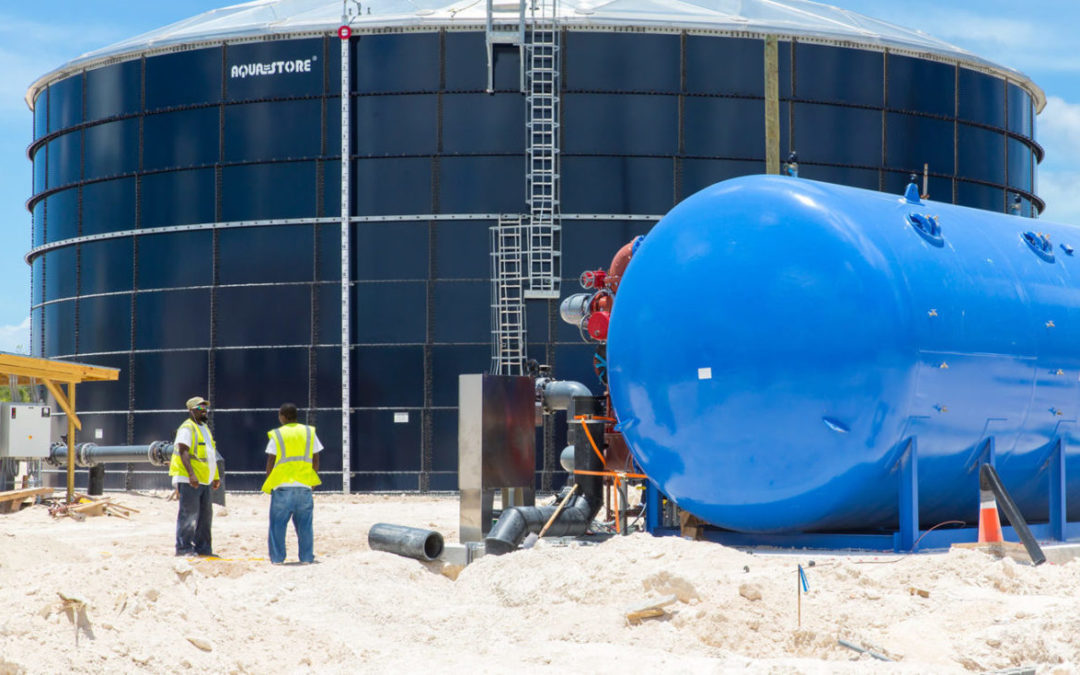 More than 2 years in the making, the new, state of the art facility represents a multi-million-dollar investment intended to improve both the reliability of the water as well as the standard of water supply to an expanded service area ranging from Lyford Cay, Old Fort Bay, Mount Pleasant, Serenity and South Ocean residential areas. Now completed, the new plant has replaced the existing pump house and coupled with new pipework has allowed NPWDCo. to improve the quality of the water distributed bringing it even more in line with world standards. NPWDCo currently has water quality which rates significantly higher than recommended world standards and has improved their water quality 300% since 2017.

“This plant has been designed and built to last,” explained New Providence Water Development Company President Andrew Symonette. “We invested a significant amount of our resources in acquiring the highest standard of stainless steel and other materials which means that over time we’ll spend less time and money on maintenance and more on improving the quality of the product we provide our customers”.

While set to be officially opened in the coming months, the plant has been producing water since late 2017. The completion of the plant is a culmination of a series of developments and improvement undertaken by the company in the past year as they work to improve the customer experience and overall quality of service – and it’s been a big difference, which residents have noticed immediately.

“The feedback has been great, residents have called us to tell us they’ve noticed the difference in water hardness and even the clarity of the water coming from their faucet and we’re happy that our efforts are being recognized”.

In addition to the construction of the plant, the company has made several major infrastructural upgrades including the replacement of miles of new pipelines to service its 1500 customers, a new web portal and social media spaces which have given customers a platform by which they can receive real-time assistance and access to important information.”

“We’re very proud of this facility and would also like to construct other plants, expanding into other areas in the future,” Symonette said.